It’s still a trope for jokes in American culture to joke about fancy table settings that have six forks and 5 knives and four spoons–what are all these pieces of silverware for??

The simple truth is not that you need different forks for salad, fish, dinner, and dessert, of multiple spoons or knives (or five glasses, for that matter). The reason that “fancy” place settings have so much stuff is because in the late 19th century mass production made it possible to produce lots of tableware. Instead of a silversmith working laboriously on real silver ware, and glass blowers creating glasses one at a time, factories could churn out fake silver called “flatware” and glasses of all shapes and sizes.

Now the average middle-class person in America could afford as much “silverware” as they wanted, and they wanted a lot, to mimic the bounteous table settings of the rich. Restaurants upscaled themselves by buying loads of the new flatware and making two forks, spoons, and knives for everyone the rule. Even today, most mid-fancy restaurants will have two glasses on the table when you arrive for dinner, one for water and one for wine. They will fill that wine glass or replace it with a different glass depending on what you order.

This led us to believe that having multiples of everything was just “the right way,” the proper way; people still write in to etiquette columns asking for instruction on how to use all this silverware and glassware. We feel like it’s part of some long-established rule for eating, which is just what the manufacturers wanted—for people to feel that they must buy their product even when they did not need it and had no use for it.

There is a disturbing parallel to the opioid and gun proliferation in the U.S. today. 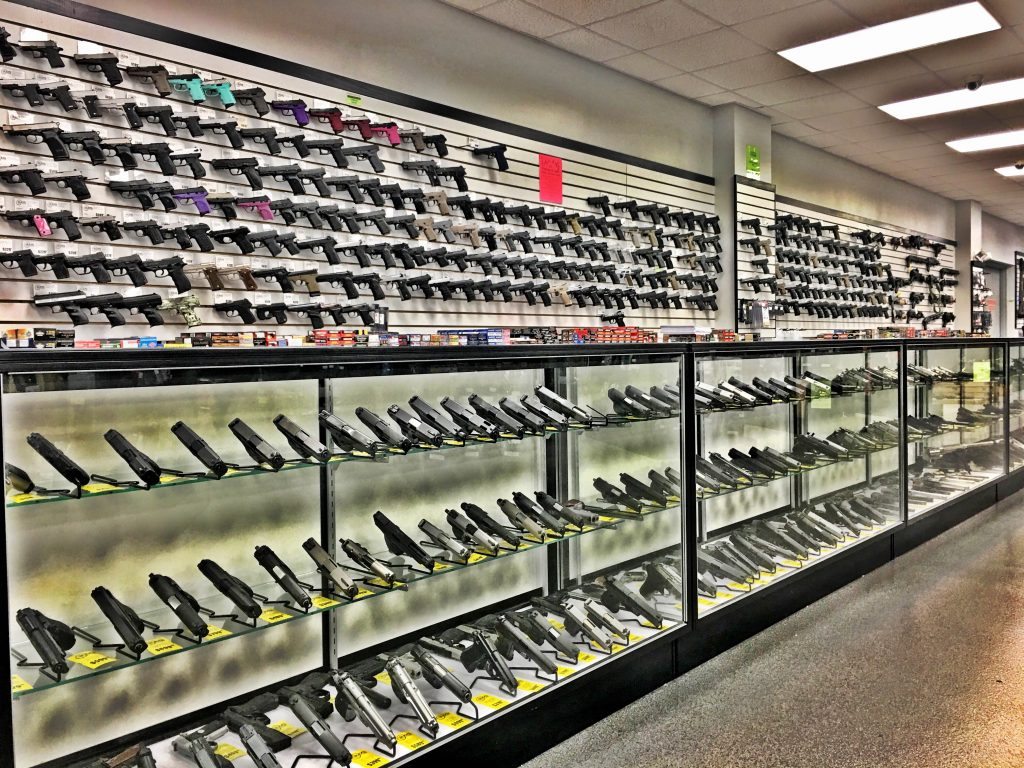 It’s okay to own guns. It’s okay to prescribe opioids for pain. But we simply do not need the hundreds of different kinds of guns and the billions of opioids pushed on us by manufacturers who realize they can make a fortune convincing people that crazy excess is healthy. Just as people were convinced that having one fork, knife, spoon, and glass was no longer perfectly useful, gun owners are convinced that owning one hunting rifle and one handgun is crazy—even irresponsible—and that they need not just one automatic weapon, but dozens. In fact, the proper gun owner can never own enough guns, according to the gun-making industry. They always need more.

And the pharmaceutical companies changed course dramatically from telling patients that pain was something they should get over and stop being babies about to prescribing opioid pain-killers for minor procedures once they realized how much money they could make doing so.

West Virginia has a population of about 1.8 million people. Between 2010 and 2016, drug companies shipped 780 million opioid pills to West Virginia. That’s over 400 pills for every man, woman, and child in the state. One pharmacy in Mingo County, population 33,000, kept bulk-ordering opioids for criminal purposes until drug companies had shipped it 9 million pills in just two years. The drug company never questioned this, never notified legal authorities; it was all too happy to make the money.

Guns cannot be advertised on TV, but drugs can, and we’ve all seen ads meant to convince us that the biggest problem with opioid addiction is constipation. The ads are meant to normalize something completely abnormal. Gun shows often do the same thing. In each case, normal people are told that abnormal amounts of something are normal.

For that reason, drug and gun makers lobby to ensure than any effort to get the U.S. back to normal levels of gun ownership and opioid prescription is hysterically labeled as a radical attempt to ban all guns and all painkillers and strip all Americans of their civil rights and create a dystopia. That shows the power of the dystopia we already live in.

We can try to figure out what makes someone a mass-murderer and detect suspects to stop them before they kill, and we can try to fight addiction after it happens. But we would be better off by focusing on the real problem at the root: the sellers, not the buyers.

Let’s go out on a limb here to state the obvious.

How does it read? “A well regulated Militia, being necessary to the security of a free State, the right of the people to keep and bear Arms, shall not be infringed.”

A well-regulated Militia. Not a well-armed citizen.

This Amendment is clearly meant to protect the right of the citizen to own a gun to use in military service. You keep your Arms so that you can serve in the Militia. This was written when the main form of defense was state and local militias, for which you needed your own gun.

Now, we’re not strict-interpretation-of-the-Constitution people here at the HP. We believe the Constitution is flexible and can be read in new ways. But this Amendment seems so clearly to be about protecting a volunteer military—to be about military service—that to extend it to people who want to be able to carry guns into a bar or a supermarket, or keep them in their glovebox, is clearly untenable.